Posted on November 18, 2016 By londonwomensracing

We aren’t the only people celebrating a successful first year, Deena Blacking from CC London gives us her thoughts of the 2016 season.

It’s only been one month since my last race, but it already feels like an eternity. Before memories fade, and those decisive moments get forgotten, now seems to be a good time to reflect on the season.

This year has been my first season of racing bikes. I started out racing mainly criteriums in and around London. Towards the end of the season, thanks largely to the encouragement of my team and our coach Ian Watson (but ‘Watto’ to anyone who knows him), I became more adventurous and tried my hand at road races and stage races. The final race on the LWRL calendar, the Revolve24 Omnium at Brand’s Hatch circuit, was probably one of the most mentally challenging races (and things!) I have done this year. (In case you didn’t know, the race had riders doing a time trial, a criterium race and a road race all in one day.)

In reality, my season has only been about four months long. I started riding with CCL at the start of May, after I was coaxed along to one of the women’s race training sessions by Alicia Speake. Shortly after I joined, we had a team meeting, where we went around the table and shared our hopes and expectations for the remainder of the season. As a novice Cat 4 rider with only a handful of races under my belt and no points to speak of, I found it hard to articulate a goal.

“No way”, I said. I couldn’t imagine a world in which I could scrounge one point, never mind get twelve in the bag to make it up to Category 3. 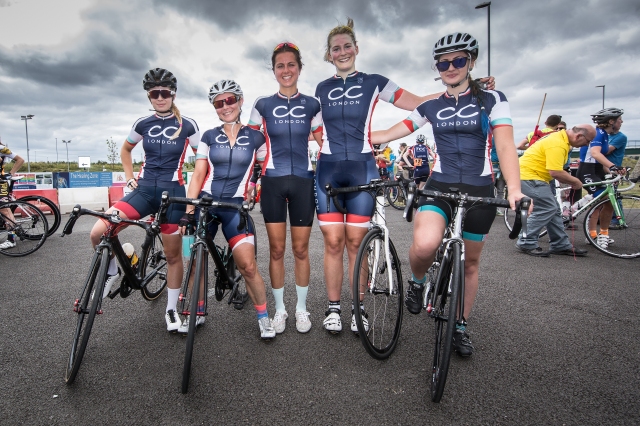 Fast forward only two months later, and somehow the person I was in June had been replaced with a confident racer who was consistently winning points in races. I bagged my Cat 3 by coming 5th in a busy 2/3/4 race at Bovingdon, and the very same week I won more points at the LWRL 3/4 Grand Prix support race at Cyclopark.

If I’m honest, I didn’t really acknowledge the huge strides that I had made until I found out that I had been chosen as the LWR Summer League’s Most Improved Rider. Like many competitive athletes, I always strive to do better, so getting better at racing was a given. If I had to pick one decisive factor, though, it was probably the simple advice that Watto gave us back at that meeting in June: “You will only get better at racing, by racing.” This is where the LWR team are owed some serious kudos, because it is thanks to people like them that those opportunities to race more were available. It’s also clear that what the LWRL is doing is so much more than just putting on bike races for women, and for that I am also thankful.

Thinking forward to next year, I am excited and hopeful about a lot of things. I’m looking forward to seeing what the LWR has planned for its 2017 calendar, and what other races are going to be put on for women. Most of all, though, I am excited to see how much better I can get as a racer – with great team mates, awesome coaches, and the right attitude, as far as I’m concerned, the sky’s the limit.

Thanks to Deena for her insight! If you want to share your experiences with us too, drop us a line londonwomensracing@gmail.com